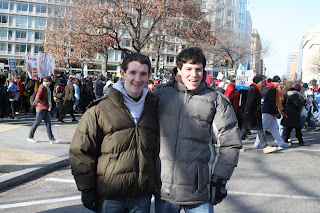 I have been searching for coverage of those that marched on Monday. Here and there you will see close-cropped pictures of a few marchers, or some stragglers, and even more closely-cropped photos of the dozens of protesters.

On Sunday night in Washington the marchers attended a huge kick off Mass which packed the beautiful Basilica of the National Shrine of the Immaculate Conception, which graces the campus of the Catholic University of America.
The University opened its gymnasium and athletic buildings to marchers, who had sleeping bags and cots filling every available space; the Basilica each year, has the same on the basilica floors. The entire crypt is filled to capacity with blankets, pillows, sleeping bags and cots for those preparing for the March. 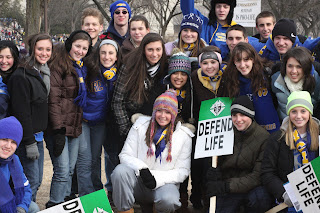 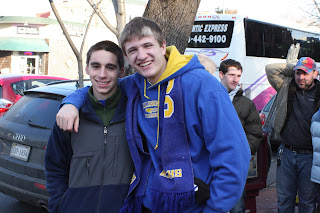 Posted by Province of Meribah at Thursday, January 27, 2011