A King to Behold

A King to Behold: Scott Hahn Reflects on the Solemnity of the Epiphany of the Lord 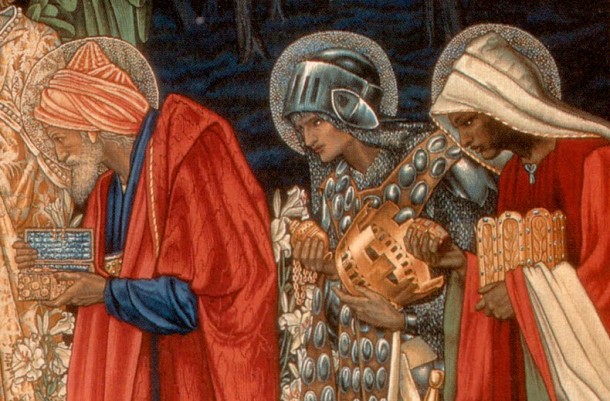 An “epiphany” is an appearance. In today’s readings, with their rising stars, splendorous lights, and mysteries revealed, the face of the child born on Christmas day appears.

Herod, in today’s Gospel, asks the chief priests and scribes where the Messiah is to be born. The answer Matthew puts on their lips says much more, combining two strands of Old Testament promise—one revealing the Messiah to be from the line of David, the other predicting “a ruler of Israel” who will “shepherd his flock” and whose “greatness shall reach to the ends of the earth.”

Those promises of Israel’s king ruling the nations resound also in today’s Psalm. The psalm celebrates David’s son, Solomon. His kingdom, we sing, will stretch “to the ends of the earth,” and the world’s kings will pay Him homage. That’s the scene too in today’s First Reading, as nations stream from the East, bearing “gold and frankincense” for Israel’s king.

The Magi’s pilgrimage in today’s Gospel marks the fulfillment of God’s promises. The Magi, probably Persian astrologers, are following the star that Balaam predicted would rise along with the ruler’s staff over the house of Jacob.

Laden with gold and spices, their journey evokes those made to Solomon by the Queen of Sheba and the “kings of the earth.”  Interestingly, the only other places where frankincense and myrrh are mentioned together are in songs about Solomon.

One greater than Solomon is here. He has come to reveal that all peoples a re “co-heirs” of the royal family of Israel, as today’s Epistle teaches.

His manifestation forces us to choose: will we follow the signs that lead to Him as the wise Magi did? Or will we be like those priests and scribes who let God’s words of promise become dead letters on an ancient page?

Posted by Province of Meribah at Sunday, January 05, 2020