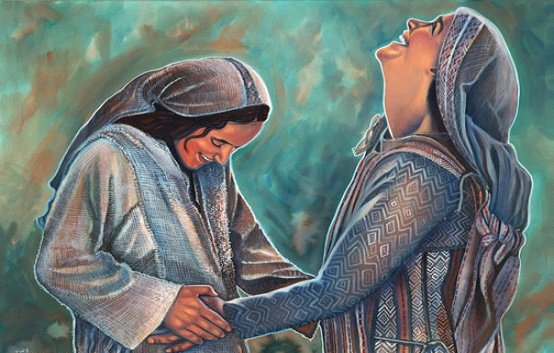 Wrapped in Saint Luke’s gospel, the first Christmas carol sung is the one composed by a young mother named Mary who was suddenly expecting a child. It’s a song of praise to the Lord which we now know as the Magnificat, but it’s also a song that sets the stage for the mission that her divine and human Son will undertake.

Some scholars and theologians have seen Mary’s song as proof that she should be numbered among the biblical prophets because her song was composed “under a prophetic impulse.”

Others think that Saint Luke placed these words in the mouth of Mary as a way of introducing the themes of his Gospel and Jesus’ future ministry. If we assume the former, however, and we see her song as divinely inspired, then it’s not a stretch to see this as a song Mary repeatedly sang to her unborn child and, if so, to see it as an influence imprinted on him even before he emerged in a manger in Bethlehem.
Posted by Province of Meribah at Sunday, December 15, 2019