Our Marianist high schools were strong at the 2019 March for Life in Washington DC on Friday.

President Trump and Vice President Pence surprised thousands of protesters demonstrating against abortion on the Mall in Washington by making unannounced speeches at the 2019 March for Life.

Pence and his wife, Karen Pence, strode onstage to cheers of a roaring crowd carrying antiabortion posters and banners. Pence concluded his remarks with a second surprise: Trump, who addressed the march by video feed last year, had again prepared videotaped remarks for the marchers.

“When we look into the eyes of a newborn child, we see the beauty and the human soul and the majesty of God’s creation. We know that every life has meaning,” Trump said . 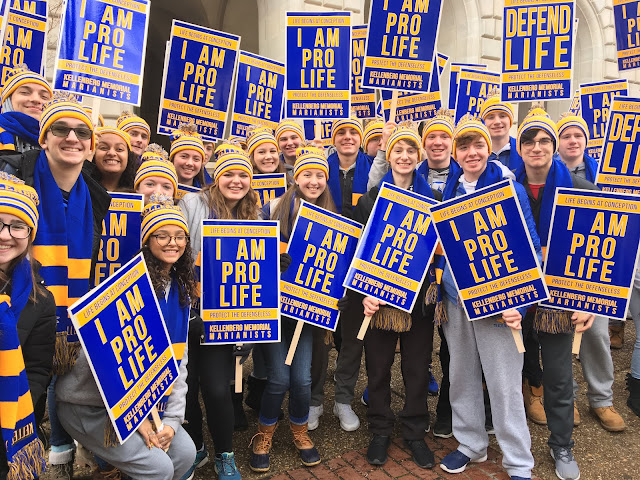 Posted by Province of Meribah at Saturday, January 19, 2019