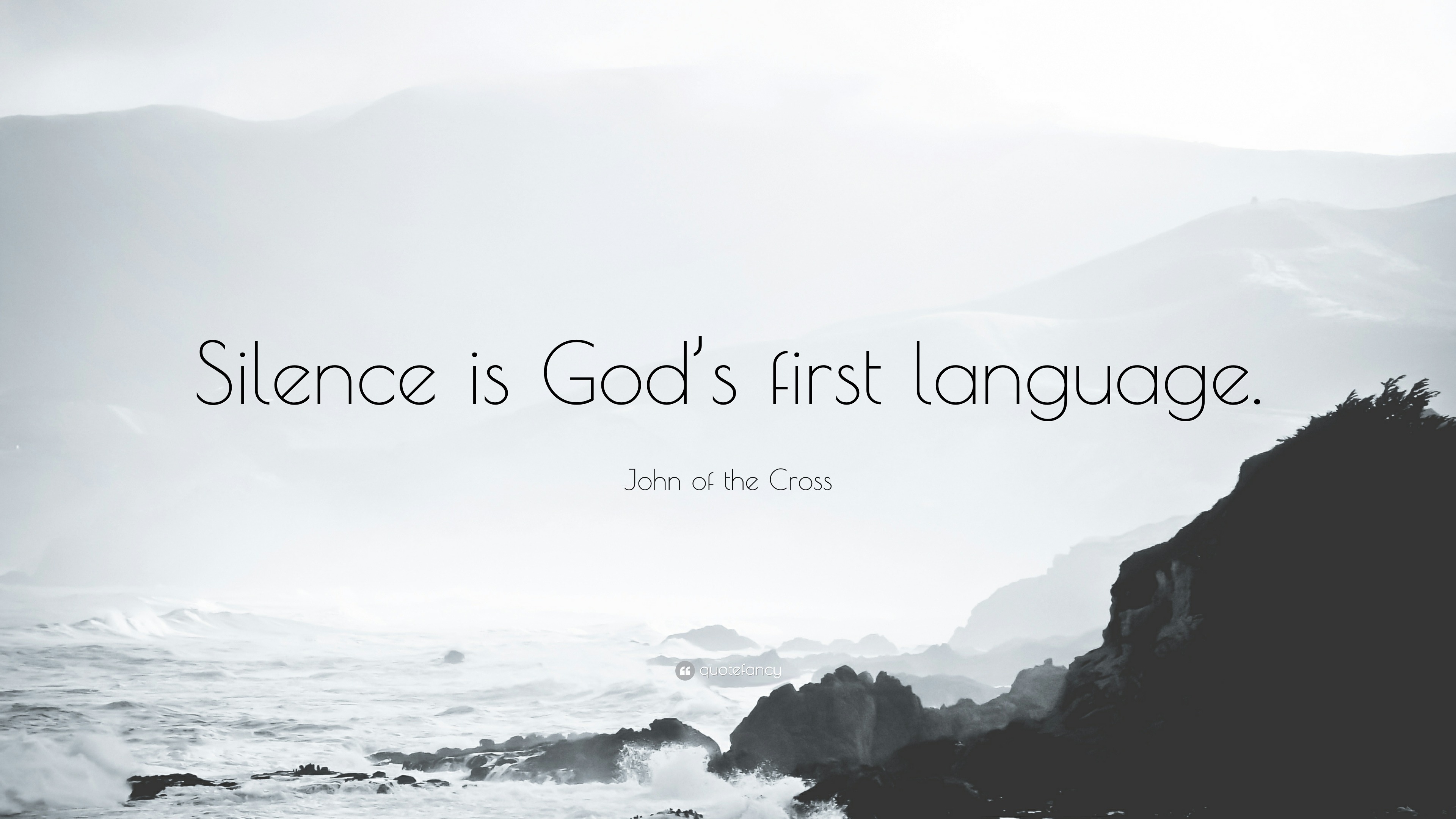 “God’s first language is silence.” In commenting on this beautiful, rich insight of Saint John of the Cross, Thomas Keating, in his work Invitation to Love, writes: “Everything else is a poor translation. In order to understand this language, we must learn to be silent and to rest in God.”

It is time to rediscover the true order of priorities. It is time to put God back at the center of our concerns, at the center of our actions and of our life: the only place that He should occupy. Thus, our Christian journey will be able to gravitate around this Rock, take shape in the light of the faith and be nourished in prayer, which is a moment of silent, intimate encounter in which a human being stands face to face with God to adore Him and to express his filial love for Him.

Let us not fool ourselves. This is the truly urgent thing: to rediscover the sense of God. Now the Father allows Himself to be approached only in silence. What the Church needs most today is not an administrative reform, another pastoral program, a structural change. The program already exists: it is the one we have always had, drawn from the Gospel and from living Tradition. It is centered on Christ Himself, whom we must know, love and imitate in order to live in Him and through Him, to transform our world which is being degraded because human beings live as though God did not exist. As a priest, as a pastor, as a Prefect, as a Cardinal, my priority is to say that God alone can satisfy the human heart.

I think that we are the victims of the superficiality, selfishness and worldly spirit that are spread by our media-driven society. We get lost in struggles for influence, in conflicts between persons, in a narcissistic, vain activism. We swell with pride and pretention, prisoners of a will to power. For the sake of titles, professional or ecclesiastical duties, we accept vile compromises. But all that passes away like smoke. In my new book I wanted to invite Christians and people of good will to enter into silence; without it, we are in illusion. The only reality that deserves our attention is God Himself, and God is silent. He waits for our silence to reveal Himself.

Regaining the sense of silence is therefore a priority, an urgent necessity.

Silence is more important than any other human work. Because it expresses God. The true revolution comes from silence; it leads us toward God and toward others so that we can place ourselves humbly at their service.