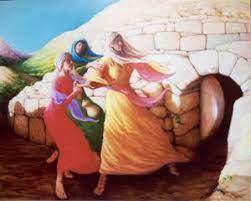 The Risen Lord’s subsequent appearances did not entirely rid the Apostles of fear and confusion. They continued to be ‘half-fearful, half-overjoyed’, and yes, some of the Apostles entertained doubts. Indeed, on the eve of the Lord’s Ascension, the idea persisted among the Apostles that somehow, the Risen Lord might indeed restore Israel’s rightful independence. The journey from worldly optimism to faith in Jesus, Resurrection and the Life, is tough indeed!
Posted by Province of Meribah at Tuesday, April 13, 2021