Alleluia. He is Risen! Alleluia. 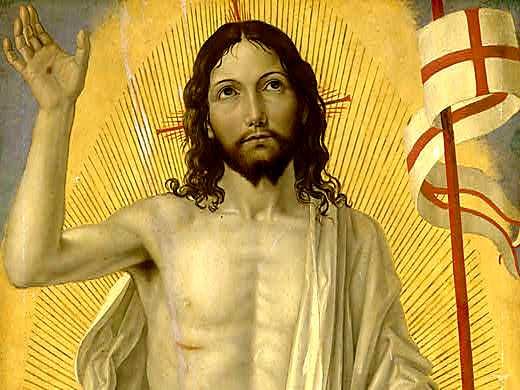 Amidst the silence and numbness of his disciples, both then and now, Pope Francis insisted on Saturday during an Easter Vigil Mass, Christ has risen, and this is the message that sustains hope, turning it into concrete gestures of charity.

“How greatly we need to let our frailty be anointed by this experience!” Pope Francis said during the homily he delivered in what the Church’s collection of prayers for the Mass describes as the “mother of all vigils.”

“How greatly we need to let our faith be revived! How greatly we need our myopic horizons to be challenged and renewed by this message! Christ is risen, and with him he makes our hope and creativity rise, so that we can face our present problems in the knowledge that we are not alone,” the Pope said to a packed St. Peter’s Basilica on a stormy Roman night.

To celebrate Easter, Francis said in his homily, “is to believe once more that God constantly breaks into our personal histories, challenging our ‘conventions,’ those fixed ways of thinking and acting that end up paralyzing us.”

“To celebrate Easter is to allow Jesus to triumph over the craven fear that so often assails us and tries to bury every kind of hope,” he continued.

Before the injustice that condemned Jesus, Pope Francis said, his disciples were silent, numb and paralyzed, not knowing what to do “amid so many painful and disheartening situations.”

Later in his homily, he said that today too, those who follow Jesus often remain speechless in the “face of situations we cannot control, that make us feel and, even worse, believe that nothing can be done to reverse all the injustices that our brothers and sisters are experiencing in their flesh.”


Throughout his remarks, Pope Francis often alternated between the third and the second person, drawing a parallel between those depicted in the Gospel as followers of Christ with those who today too follow- and hide, escape, keep silent- before the “calumnies and the false testimony that the Master endured.”

“The empty tomb should challenge us and rally our spirits,” he said. “It should make us think, but above all it should encourage us to trust and believe that God ‘happens’ in every situation and every person, and that his light can shine in the least expected and most hidden corners of our lives.”

Holy Saturday, Francis said, is the silent night of those who follow Christ, who are “disoriented,” because they’re “plunged in a crushing routine that robs memory, silences hope and leads to thinking that ‘this is the way things have always been done’.”

Yet his resurrection, witnessed first by the stone that blocked Christ’s tomb and then by the women who first saw him when he rose from the death, is an invitation, “addressed once more to you and to me,” the pope said.

“Do we want to share in this message of life or do we prefer simply to continue standing speechless before events as they happen?” Francis said, towards the end of his homily.