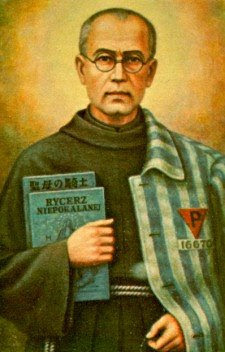 “I rejoice greatly, dear brother, at the outstanding zeal that drives you to promote the glory of God. It is sad to see how in our times the disease called “indifferentism” is spreading in all its forms, not just among those in the world but also among the members of religious orders. But indeed, since God is worthy of infinite glory, it is our first and most pressing duty to give him such glory as we, in our weakness, can manage – even that we would never, poor exiled creatures that we are, be able to render him such glory as he truly deserves.

Because God’s glory shines through most brightly in the salvation of the souls that Christ redeemed with his own blood, let it be the chief concern of the apostolic life to bring salvation and an increase in holiness to as many souls as possible. Let me briefly outline the best way to achieve this end – both for the glory of God and for the sanctification of the greatest number. God, who is infinite knowledge and infinite wisdom, knows perfectly what is to be done to give him glory, and in the clearest way possible makes his will known to us through his vice-gerents on Earth.

It is obedience and obedience alone that shows us God’s will with certainty. Of course our superiors may err, but it cannot happen that we, holding fast to our obedience, should be led into error by this. There is only one exception: if the superior commands something that would obviously involve breaking God’s law, however slightly. In that case the superior could not be acting as a faithful interpreter of God’s will.

God himself is the one infinite, wise, holy, and merciful Lord, our Creator and our Father, the beginning and the end, wisdom, power, and love – God is all these. Anything that is apart from God has value only in so far as it is brought back to him, the Founder of all things, the Redeemer of mankind, the final end of all creation. Thus he himself makes his holy will known to us through his vice-gerents on Earth and draws us to himself, and through us – for so he has willed – draws other souls too, and unites them to himself with an ever more perfect love.

See then, brother, the tremendous honour of the position that God in his kindness has placed us in. Through obedience we transcend our own limitations and align ourselves with God’s will, which, with infinite wisdom and prudence, guides us to do what is best. Moreover, as we become filled with the divine will, which no created thing can resist, so we become stronger than all others.”
Posted by Province of Meribah at Monday, August 14, 2017