Pope Francis greeted tens of thousands of pilgrims in St Peter’s Square, for the recitation of the Angelus Prayer and to celebrate the Feast of the Epiphany. 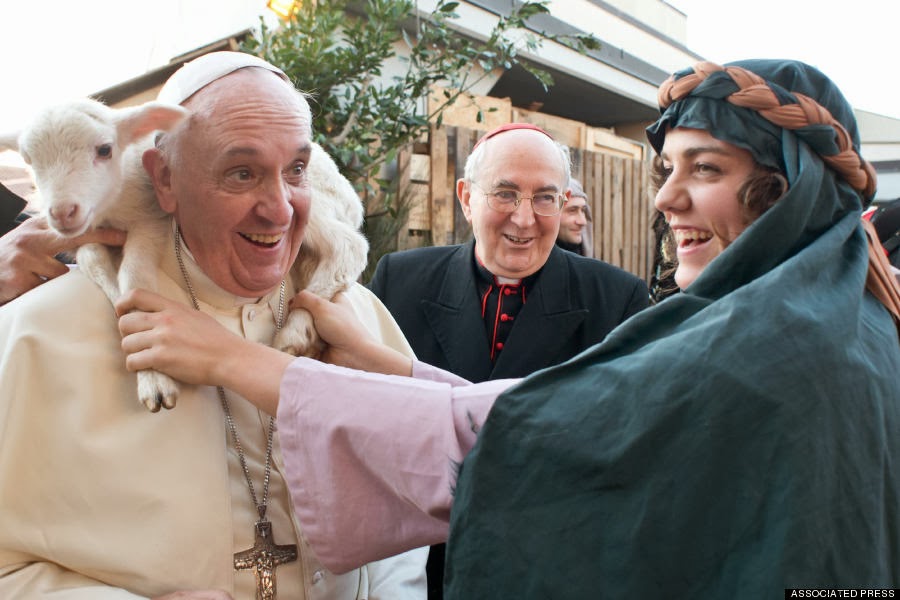 In his address, the Pope referred to Pope Benedict Emeritus’s book, 'Jesus of Nazareth: the Infancy Narratives' which he said “magnificently” recounts the biblical coming of the Magi from the East to Bethlehem to pay homage to the Christ Child. The Epiphany, Pope Francis said, marks the first “manifestation” of Christ to the people and as a consequence, points to the universal salvation brought by Jesus.

In the Feast of the Epiphany, we see a “dual movement,” the Pope noted: of God who comes “towards the world, towards humanity” and of men who seek closeness to God: “the religions, the search for truth, the way of people towards peace, justice, liberty.”

God loves us: “we are His children; He loves us and He wants to liberate us from evil, from sickness, from death, and take us to His home in His Kingdom.” We too, the Pope said, are attracted by “goodness, truth, life and happiness and beauty.”

And as the two sides attract, Jesus is our point of encounter with the Lord. as His love incarnate. Pope Francis said.

Had the Magi not seen the Star pointing them to Jesus’ birthplace in Bethlehem, they would never have left, the Pope mused. “Light precedes us, the truth precedes us, beauty precedes us. God precedes us: it is grace; and this grace appears in Jesus. He is the Epiphany, the manifestation of God’s love.”

“The Lord does not proselytize; He gives love,” reaffirmed the Pope. “And this love seeks you and waits for you, you who at this moment do not believe or are far away. And this is the love of God.”

Pope Francis prayed that “all the Church” may be steeped in “the joy of evangelizing” invoking the aid of the Virgin Mary so that “we can all be disciple-missionaries, small stars that reflect His light.”

The Pope recalled that the Epiphany is the missionary day for children organized by the Pontifical office for Holy Childhood and thanked young people and children whose “gestures of solidarity” towards other children “widen the horizons of their fraternity.


Posted by Province of Meribah at Wednesday, January 08, 2014