A Word on the Word 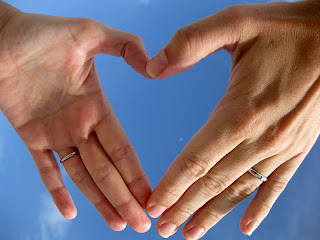 Twenty-Sixth Sunday in Ordinary Time
Ez 18:25-28
Phil 2:1-11
Mt 21:28-32
In today's pericope, Jesus tells a story which reveals the traits of the heavenly parent who has hopes and dreams for the earthly children, and yet at the same time displays compassion and understanding. Jesus describes the father whose expectations are clear. "Go work in the field," Jesus says with authority. The first son refuses, yet after some thought, thinks better of his rebellion and goes out to the vineyard. Despite his initial refusal, he obeys his father.


The second son is somewhat more devious. He puts on a good face and immediately agrees with his father's request; however, his actions do not measure up to his words. He ignores his father's wishes and never appears in the vineyard. Jesus asks the critical question, "Which of the two did the will of his father?"

Jesus clearly has a forgiving heart and is able to see the bigger picture. It's not the first son's words that are important to Jesus, but his actions. Jesus allows room for complaining and verbal resistance. The first son, despite his original reluctance and outward show of rebellion, soon chooses obedience. He follows the will of his father and does the work to which he is called. The second son only talks a good game. He promises much and produces nothing of value.

One must walk the walk, even when it means backtracking from a poorly chosen path, and starting over down the narrow path toward eternal life.
Posted by Province of Meribah at Sunday, September 25, 2011