"THE WORLD is charged with the grandeur of God."

Brother Karl and Brother Benjamin certainly enjoyed their studies in Maine this summer. The intellectual knowledge that they absorbed was only outdown by the beauty that they experienced. Here are some of the sights and their pictures as they learned to capture the grandeur of God in a camera. ENJOY! 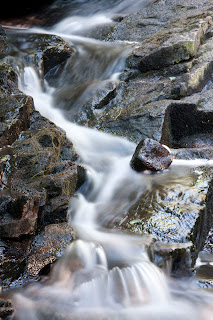 Probably one of the crowning jewels of the National Park system, Acadia National Park and nearby Bar Harbor are major destinations for summer vacations, but this summer they were the learning centers for two our Brothers who studied the natural bounty of the offshore waters and the picturesque sights of small town life on Mount Desert Island. 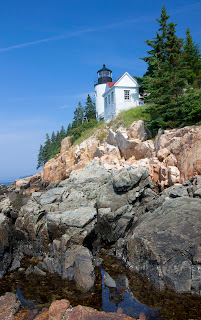 Congress allocated the necessary funds for purchasing the land and constructing the Bass Harbor Head Lighthouse on August 18, 1856. Two acres of land on the southwestern tip of the island was purchased for eighty dollars, and after the lighthouse was completed the remaining amount of $16.65 was returned to a surplus fund. ﻿ ﻿ 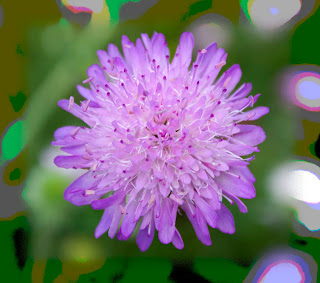 And finally, I think it looks like a pompom or a pincushion... or maybe like one of those cakey snowball things with the white filling that we used to eat when we were kids. ﻿
Posted by Province of Meribah at Friday, July 22, 2011